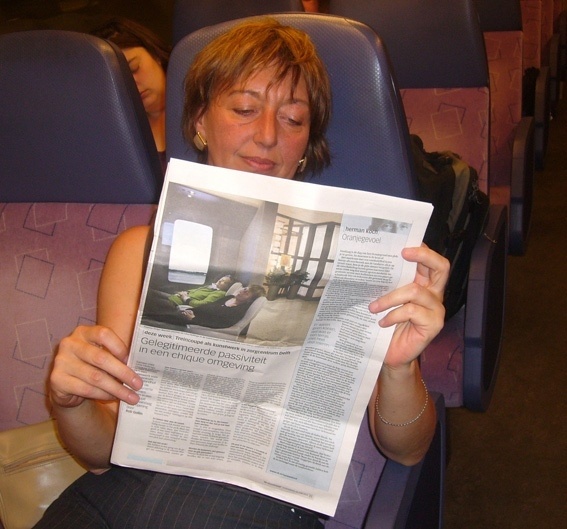 The artist is concerned with the relationship between people and objects, and the quest for challenging new ways of relating to things. Dröge Wendel sets up experimental encounters and aims to capture what it is that objects actually do.

Things have been a source of inspiration for scientists, designers and artists for centuries. Where others try to find answers, Dröge Wendel is engaged in making the questions tangible and personal and her intention is to allow for open-ended results. Her fascination for things led her into wedlock with Wendel, a decorative cabinet, whose name she officially bears since 1992. In 1994 she took her malfunctioning old-timer, a Renault 16, on the ‘Grand Tour’ to Rome to have it blessed by the Pope. Dröge Wendel won the 1994 Prix de Rome for her documentation of this special journey, La Benedizione della Macchina.