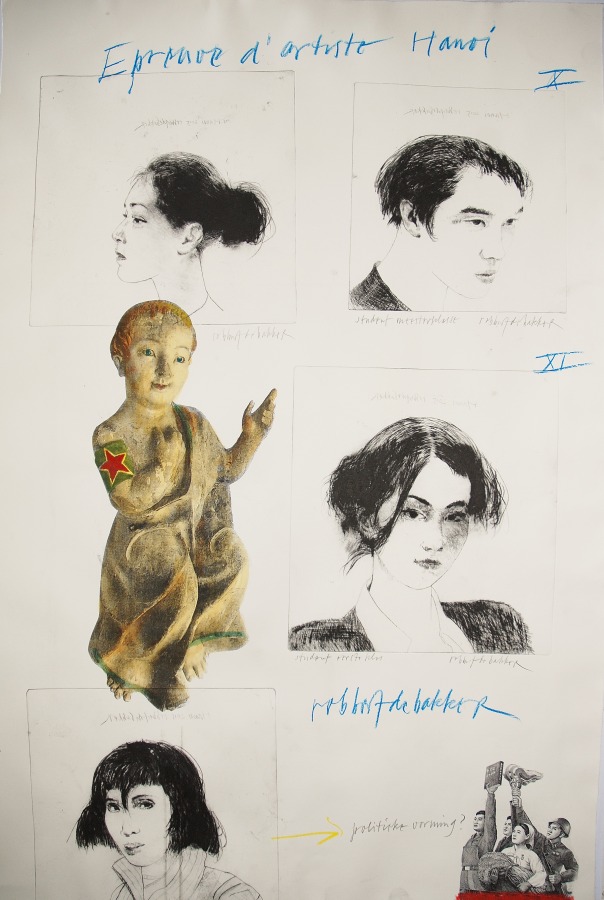 Painter/Graphic artist
Robbert de Bakker is a graphic artist whose work is recognizable through its distinctive and powerful style. The convenience of working directly on the plate affords him the best mode of expression for his portraits of people. De Bakker's pictorial observations of his subjects are pure and unforced - which is not to say that they are executed in just a couple of strong, direct lines. For example, there is genuine sensitivity to be found in the impressive series of Mongoloid children that he once exhibited. Because of his superb technique he bestows these children with a most humanly sublime reservation. It is exactly the matter-of-fact and almost self-evident manner of portrayal - in a technique that is both straightforward and extremely attentive at the same time - that makes this series of Mongoloid children into something special.
De Bakker is an uncommonly skillful artist who has not let his mastery turn into boring repetition, but who continues, instead, to elevate the art of printing to exceptionally high standards.