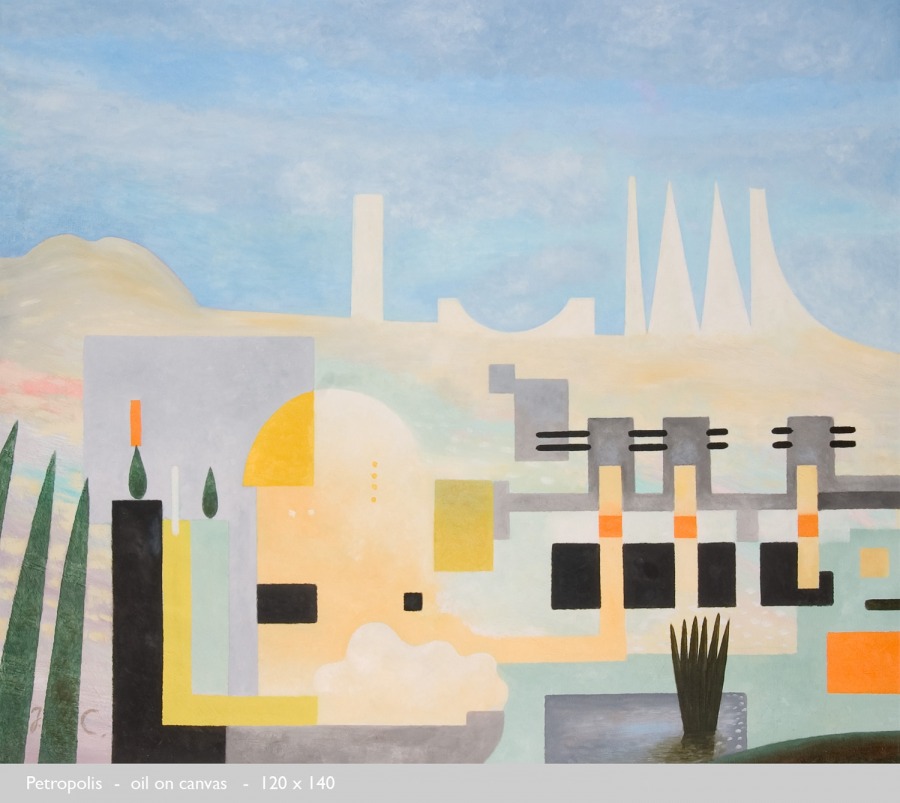 Once a protegé of the “Navajo Picasso” RC Gorman, Jim Clark left his native California in 1962 to begin an ongoing inter-continental odyssey. After creating the infamous GALLERI SLUM in Stockholm, he moved to Paris, where he worked for the International Herald Tribune. In London, he worked at Heap Studios Chelsea. His ever-expanding image bank came to include Papuan fetishes, Amazonian feather work, Tantric art and animistic masks, in addition to what his own culture had to offer: Rothko, Klee, Rorschach tests, pixels and spilled TV and computer guts.

Jim Clark's concepts draw their essence from deep within, by an irrational alchemy, yet are revealed in statements as articulate as they are evocative. Shapes float coherently, juxtaposed according to a mystifying codification and separated by an inescapable void, accentuated by the quasi-heretic use of blacks and whites. The abstract is assaulted by figu­rative references and the figurative is abstracted. (B Guillet, Lyon).